The hike on a holy mountain of the Majapahit kingdom in Java, Indonesia

During my flight from Jakarta to Surabaya I filmed a few scenes from the animated film ‘Battle of Surabaya’ and learned about the historic event of 19 September 1945 where the Dutch flag (red-white-blue) was taken down, ripped from the blue banner, and hang back as the red and whit flag of Indonesia.

A couple of days later I was awestruck when I unsuspecting walked into the Majapahit hotel in down town Surabaya and found out this event happened exactly there. 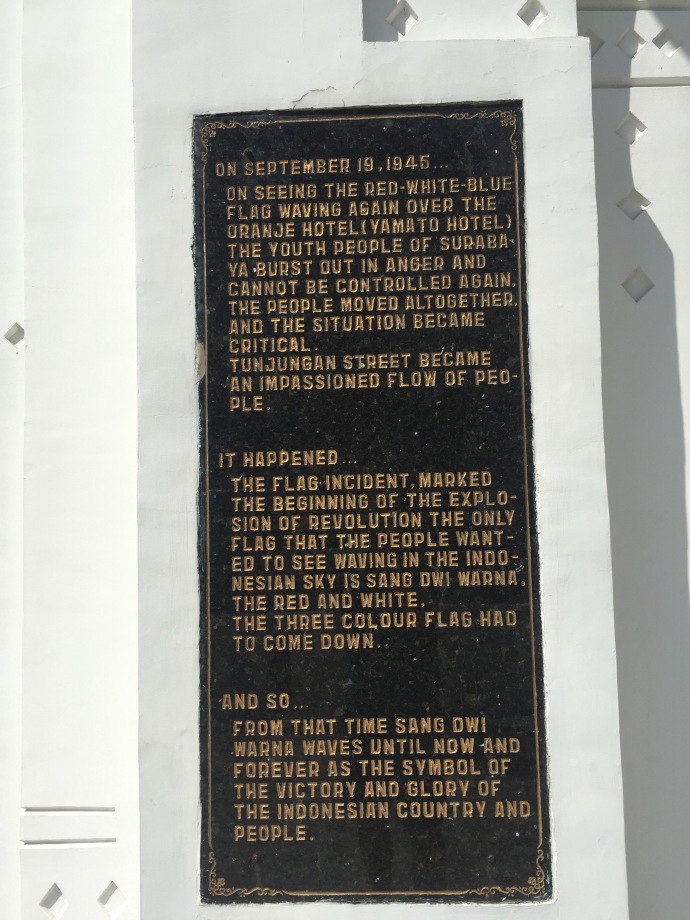 A day before that I climbed the Gunung Penanggungan, a holy mountain of the Majapahit Kingdom. Temple ruins of this middle age culture are everywhere on the sloops of this holy mountain. I finally reached the top and found a group of young Indonesian hikers who were planting the Indonesian flag on the puncak- the top – of the mountain.

Later I visited some other Majapahit monuments and learned from local visitors that this lost civilization already waved the red-white flag on the high seas of South-East Asia since the 13th century.

So in a couple of days I was exposed to three stories of the Indonesian flag, or bendera merah putih as the Indonesians call it. It seems that this vlog was destined to tell the story of this flag and that is how it comes quite often. You set out for a specific idea for a vlog, and you come back with a complete different story.

Let me know that…